For young kids, the teacher plays an important role when it comes to facilitating a growth mindset during the art lesson.

What is a Growth Mindset?

Carol Dweck, American psychologist, famously coined the theory of the growth mindset vs. fixed mindset. Someone with a growth mindset doesn’t rely too much on his or her perceived abilities and limitations when facing life’s challenges. The person’s actions and efforts count more in dealing with the present.

Someone with a fixed mindset, meanwhile, views his abilities as unalterable. Mistakes feel like failure, prompting the person to not try again.

There are many discussions today about the benefits of having a growth mindset, including an individual’s ability to succeed, innovate, attain well-being, and more.

Some studies have linked facilitating creativity with enabling the growth mindset.

For example, according to this study, the environment can impact students when it comes to adopting creativity and independent thinking. It also proposes that those who believe themselves to be creative also tend to exercise a growth mindset.

The paper also mentions a few other studies which agree that individuals who believe they can continually grow (perhaps on an endeavor they choose to focus on) are more likely to be persistent in facing challenges (indicating a growth mindset).

Another study mentions how a teacher can actively counter fixed mindset behaviors as part of its growth mindset approach in teaching.

How to Have a Growth Mindset in an Art Class

So how does a teacher encourage the growth mindset while the students are doing their art project?

Here are just some of the approaches a teacher takes to facilitate creativity, perhaps in its true essence:

1. Praising the child’s efforts instead of emphasizing he or she is “talented”

It is nice to mention a kid’s natural talents occasionally but doing this often might hamper the growth mindset itself. In fact, as said earlier, it is recommendable to counter students’ fixed mindset habits. One such habit is implying that a kid’s abilities are fixed.

So it is better to celebrate the kid’s efforts. The teacher can acknowledge aspects that reflect growth in the student’s part.

It could be in the student’s effort for an art technique, initiative to try something uncomfortable, his or her improvement of a habit while in the class, and others.

2. Not imposing that something is right or wrong

Instead, the teacher can help the student figure out whether something is workable or not. She can ask guiding questions or give some clues.

For example, a student might propose another way of doing an art technique. Or he might assert another perspective for expressing an idea. The teacher doesn’t have to hinder these initiatives.

Perhaps the teacher can just ask the student how he can justify his assertion, so they can both decide on whether it’s appropriate or not for the lesson.

Nonetheless, the teacher can regulate the discussion to be geared towards accomplishing the lesson’s goals.

An art class is where creativity flows freely. Still, that doesn’t mean a total absence of mistakes.

For example, the kid may start over an artwork a number of times for some valid reason. He may be doing something wrong in executing an art technique.

The teacher can always guide the student when it comes to properly doing that technique. She can point this out to the class so as to guide them on how to tweak such technique.

Meanwhile, praising the child for his effort in doing the trials would be ideal.

Whether the mistakes have to do with classwork or relating to others, the teacher can guide a kid in dealing with negative emotions well and coping with failures. 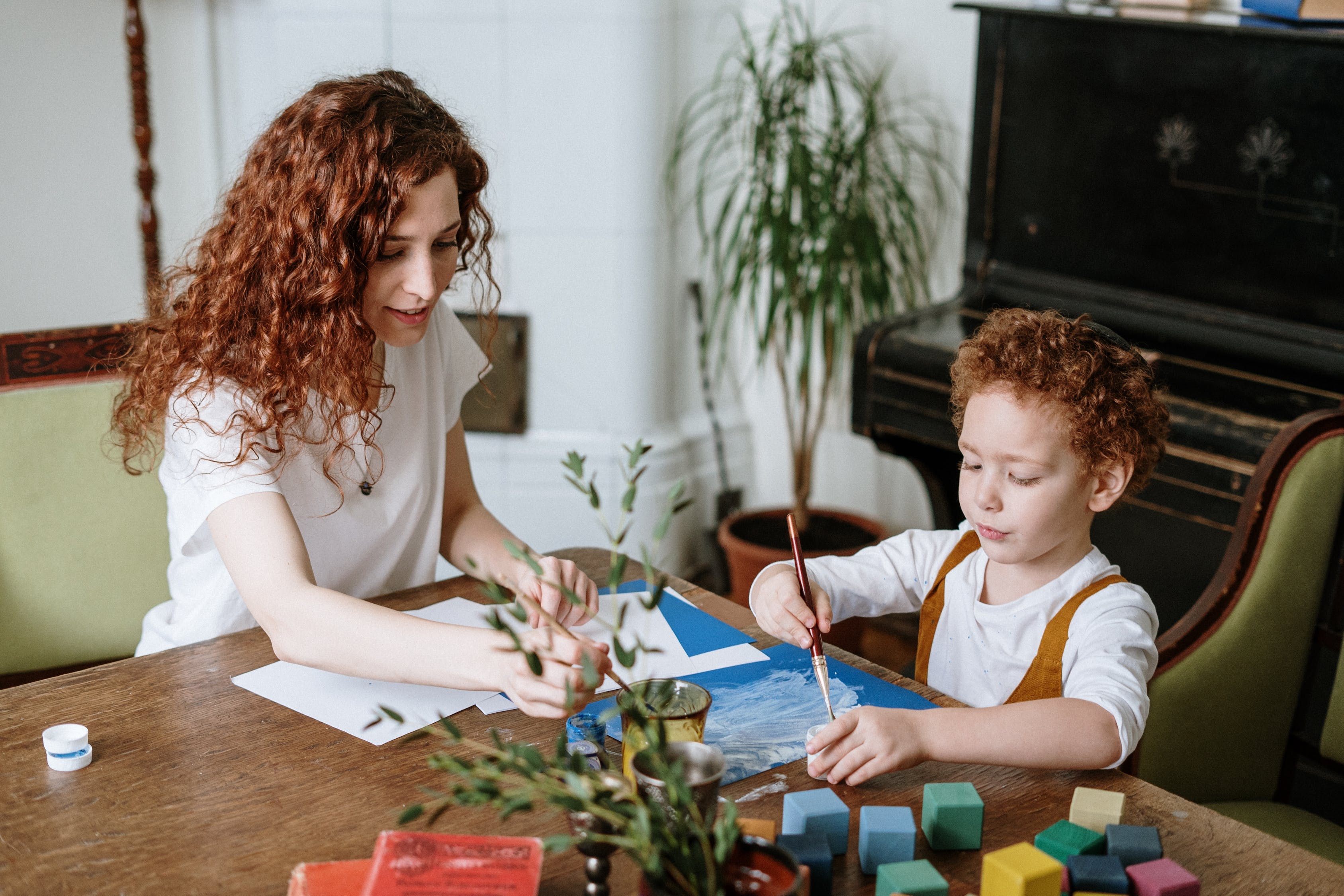 4. Challenging the kids at times

Challenges are great opportunities for kids to learn more. If the teacher thinks that the kid/s are ready to take something up a notch higher, then the teacher can assign a goal or present a goal as an option.

For example, if the teacher sees that a student is already used to efficiently implementing an art technique, she can suggest for the kid to try a modified version of that technique.

She can even say that the kid does not have to worry about the results being perfect. She can also ask the kid to share his experience once he’s done. The teacher can then emphasize the lessons gained when it comes to trying out that unfamiliar technique. Of course, she can praise the kid’s effort.

5. Encouraging the students to think

The class is meant to discuss and explore ideas upon making art. There are moments where the teacher has to answer students’ questions. Then again, it is a better practice for the teacher to ask the student guiding questions. She can let the student imagine different possibilities and figure out the artwork he or she wants to make.

As you can see, what seems like a simple art class can actually be an opportunity for students to learn the growth mindset. Welcoming creativity as part of a student’s life, instead of rejecting it (such as saying it is only for the “artistic”), can benefit his or her growth mindset, given the right learning strategies.

At MuzArt Singapore, we provide a holistic platform for young learners to hone their skills and values. We specialize in art enrichment where kids don’t just have fun doing their school work but also enhance their growth mindset and other life skills. Check out: http://muzart.com.sg/